Get A New Look

Home » Get A New Look
PLASTIC SURGERY GETS A NEW LOOK

VANCOUVER, British Columbia — Cosmetic surgery is getting a makeover.

People want to look younger, rather than different — to have the face in their mind’s eye, not the one in the mirror. They want quicker, less expensive and less invasive procedures, and new medical technologies are feeding and increasing the demand.

Along with the incremental improvements come other changes. Surgeons are seeing the numbers and percentage of men increase, and treating younger as well as older patients as cosmetic improvement becomes a lifelong pursuit.

“I think there is a paradigm shift in thinking, right at this moment,” said Dr. V. Leroy Young of St. Louis, chairman of the emerging trends task force for the American Society for Aesthetic Plastic Surgery. The group had its annual meeting here this month.

Surgeons, Dr. Young said, are backing off from more aggressive surgeries and moving toward nips, tucks and injections. Operate early and often might be the new motto. Traditional cosmetic self-improvement, in the form of breast enlargement and nose surgery, are still significant, but surgeons see their field in the process of transformation.

The change, said Dr. Brian Kinney of Los Angeles, a member of the trends panel, “comes for three or four reasons.”

“One is younger people who aren’t going to wait,” Dr. Kinney said. “They want to start surgery now. Smaller budgets. They don’t want to spend as much money. Also, they don’t have time. We’re an instant-gratification society.”

Another force that continues to change cosmetic surgery is the emergence of new technologies. In the past, liposuction and Botox injections were revolutionary. New parts of the body are always attracting attention. Calf implants never really took off, although they are available. But gluteal implants, for what one surgeon called “the J-Lo look,” might take off, although numbers remain very small.

Much more important are a raft of new fillers coming on the market for injection under the skin to fill out the face rather than lift it. The whole idea of the lift, some experts say, is old-fashioned and inappropriate. Gravity is not the enemy of youth, they say, but loss of volume.

Face-lifts live, but they have become very specific. It’s not the face, but the brow or midface that is done. And there are new minimalist techniques, some involving new sutures, used to produce the weekend face-lift, so-called because the recovery time is so short.

But most surgeons are holding on to their knives, and few predict that the traditional face-lift will be replaced entirely.

Dr. Sydney Coleman of New York is a partisan, the acknowledged guru of fat injections. He developed techniques and instruments to take fat from one part of the body and inject it in tiny quantities into the face and other areas. Fat is living tissue and, under the right conditions, will survive in its new location.

Dr. Coleman also works with other fillers, and he said these methods, all to restore the volume of the aging face, are replacing old-fashioned cutting. “Syd really doesn’t do face-lifts,” Dr. Young said. “And of course, when you’ve got a hammer, the world is a nail.”

But, Dr. Young said, fillers and more limited surgery might well be the future in the intense worldwide pursuit of rejuvenation.

Another partisan of fat, Dr. Richard Ellenbogen of Los Angeles, made a presentation to the assembled surgeons in which he argued that injecting fat or other fillers could be an alternative to just about every cosmetic procedure like face-lifts, breast augmentations and removing bags under tired old eyes.

The business that seems to be changing direction is a big one. Last year, according to the Society for Aesthetic Plastic Surgery, 1.8 million cosmetic operations were performed in the United States. There were an additional 6.4 million nonsurgical procedures like skin resurfacing or Botox injections. In fact, first liposuction and then Botox have changed cosmetic surgery, moving it away from the knife. Dr. Coleman said liposuction was the single most common surgical procedure in the world.

Statistics show that the traditional procedures, if Botox and liposuction are included, continue to dominate the field. But the new developments occupied much of the meeting, as surgeons disagreed about the promise and safety of various procedures.

What was clear was the intense interest in new substances as fillers, and in the approach to aging that suggests filling out is more important than lifting up. Dr. Coleman and partisans of volume say the damage from gravity has been exaggerated. The real culprit, he says, is the loss of tissue under the skin.

A brow lift, he said, tackles the wrong problem. The brow, he said, “descends only because you’re missing huge volume, so yanking it up doesn’t really make sense.”

He takes a person’s own fat and pushes it under the skin in tiny amounts, using a blunt-tipped instrument called a cannula. He does the same for a sagging lower eyelid, arguing that it makes no sense to cut muscle and fat, the usual surgery. That procedure leaves a hollow-eyed look, he says.

For lips, however, he uses a new material, hyaluronic acid, a substance found in the body that also fills out tissue but is not permanent. Although there are 24 or so fillers on the international market, few are approved in the United States. But that is changing, Dr. Young said, noting, “The fillers are evolving so rapidly that there’s a new one every month almost.”

One approved for use is calcium hydroxylapatite, also a natural substance. Dr. Coleman was critical of its widespread use, although many doctors find it useful. “No one has ever used it for more than two years in subcutaneous tissue,” he said. “There is no experience.”

Although hyaluronic acid is temporary, calcium hydroxylapatite is semipermanent. It is not known how long it lasts, Dr. Young said. “In dogs,” he said, “it lasts up to five years. There is no data in humans out that far.”

Even with substances with long safety records, technique is crucial. With a sharp needle, an artery can be pierced and the fat injected into it can block capillaries, shutting blood flow to a part of the body. Liposuction patients have died of pulmonary embolisms in this fashion.

Injections in the face have caused at least two instances of blindness, when the retinal artery was accidentally blocked, Dr. Coleman said. In another case, the soft tissue on and around the nose died and simply sloughed off the face.

Risks are part of surgery, but people seeking cosmetic fixes are not sick, and, the surgeons emphasized, patients need to recognize that as benign as something like liposuction sounds, it is still surgery.

A more mechanical innovation involves barbed sutures. The synthetic thread, used for stitching, has barbs all along its length, to help it anchor in tissue. In a traditional face-lift, surgeons make a large cut in the face, lift a section of skin and the tissue beneath it and tie in sutures like bridge cables to pull up the face. The recovery from such an operation takes weeks.

With the new barbed sutures, surgeons say, they can make a small incision, then use a long needle to thread the suture under the skin to the place where it needs to be anchored and tie it at the top.

Dr. Woffles Wu of Singapore described how he performed what he called the Woffles face-lift with barbed sutures. He presented the cases of a woman who needed a quick improvement for her daughter’s wedding, three weeks away, and another woman who wanted to look fresh for her husband, who was coming home after a long time away. This is the face-lift as hairdo.

The safety of the sutures themselves was not questioned. But many surgeons had doubts about their endurance and how the results would appear. Dr. Fritz Barton of Dallas said at a panel: “Plastic surgery is not different from the rest of life. There is no little procedure with a big benefit.”

There are other trends to watch, as well. One new technology uses tools that emit radio waves to tighten the skin. Statistics show that it does not work for 20 percent of patients, however, and, like other procedures, can have negative effects, too.

The buttocks implant is one procedure that physicians are watching closely.

“I think the thing that’s really unknown here,” Dr. Young said, “is what the role of gluteal augmentation is going to be. We only started keeping statistics on it a year ago.”

The numbers are still small; 3,885 procedures were performed last year, a 533 percent increase over 2002.

If Americans turn out to be as crazy about buttocks as they are about breasts, plastic surgery has a whole new source of income. More than 280,000 women had breast implants in 2003.

As Dr. Young pointed out, “in contrast to breast augmentation, men and women can get it in roughly equal proportions.”

“The question,” he said, “is still, Is this a fad or is this really one of these things that’s reaching a tipping point where enough people catch on to it?” 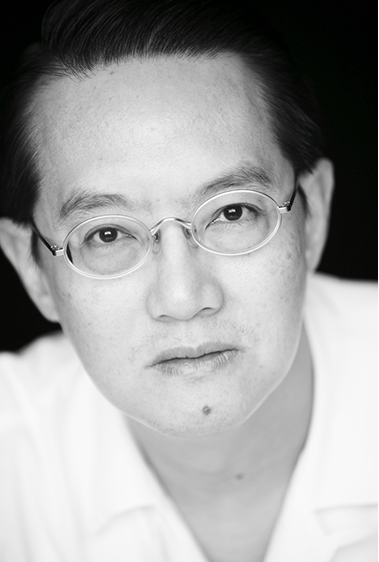 Think of plastic surgery in Asia and one name immediately springs to mind – Dr Woffles Wu! This innovative and exciting plastic surgeon from Singapore has for years been the name on the lips of men and women seeking aesthetic perfection. Armed with an impeccable eye for beauty, balance and harmony Dr Wu, dubbed Asia’s Beauty Guru by the Hongkong press has reinvented and promoted the concept of Non Surgical Facial Rejuvenation(NSFR). He is today one of the most sought after speakers around the world on this topic demonstrating his combination of Injectables, Fillers, IPL Photorejuvenation and his invention, the WOFFLES LIFT to achieve facial rejuvenation without downtime.
SEND US AN ENQUIRY